For those of you coming from directories or services that mask my URL, I am located at http://intelligentash.blogspot.com/

***WARNING*** Some of the poetry on this site may be considered explicit or have adult themes. If you are easily offended, you may not want to view the content of this site.

She sweats the bleach
she injected to whiten her stained soul.

It pools in her tear ducts and peroxide tears
leave pallid white tendrils
down sunken cheeks
to her pristine spirit
that used to hold a tally mark
for each sin
embraced.

In 1929, astronomer Edwin Hubble made the following observation: in every direction he looked, every galaxy in the sky was moving away from him. This observation implied the entire universe
is expanding.
~Foundation of the Big Bang Theory

God is light
and according to Einstein
the speed of light can never be attained.
So, no matter how fast
we throw ourselves into the expansion,
we will never touch the divine
but someday we will come close.

Ever since Hubble's big bang starter pistol
started the race
between the creator and the created,
we were destined to try.

One day, we will approach the speed of light
and see God looming in the distance.
Our goal in sight, we will push ourselves
to become light itself
unwittingly making ourselves
susceptible to refraction.

In a final lesson of humility,
he’ll toss a prism over his shoulder,
watch as our souls splinter,
and we become gaudy angled lights. 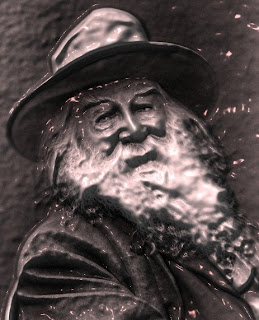 Even though the funerals
were fabulous,
he mourned suicidal lilac trees.

The fragrance drifted
throughout his synapses
teasing old ghosts
to throw off their nooses
and breathe the pungent scent
deeply into their freeze dried
lungs.

It never quite worked
and the ghosts
hung themselves
back on their tree
embarrassed
at their impassioned
bid for rebirth.
Posted by Max Bouillet at 5/06/2010 07:18:00 PM 7 comments: 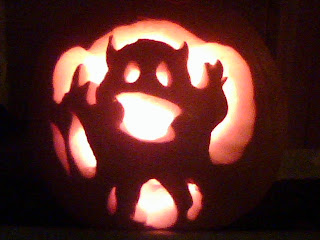 He collected hearts
of stone
in a bucket
and set them
by the water
so strangers
could skip them
on the lake.

Soon the lake
filled with rocks
and the ripples turned
to echoes
that fell on the ears
of deaf devils
plotting to destroy
a world that had
died long ago.
Posted by Max Bouillet at 2/21/2010 05:38:00 PM 2 comments: 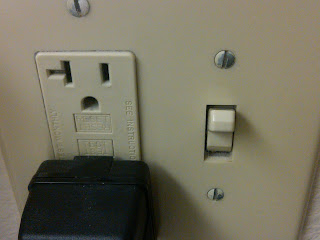 Sex
is the power
button
to a human
gene splicing machine
that has yet
to be approved
by any regulatory
agency.
Posted by Max Bouillet at 2/21/2010 05:28:00 PM No comments: 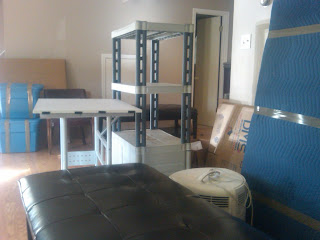 A politician
is a box full of boxes.

Empty packaging
that gives hope of substance
but only delivers
disappointment
box after box after
box.
Posted by Max Bouillet at 2/21/2010 04:40:00 PM 2 comments: 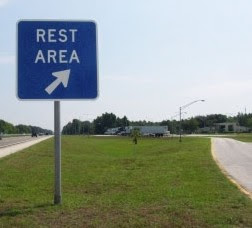 I talked to a guy
outside of the Cracker Barrel
in Lenoir City, Tennessee
and he assured me
that God would be there soon.

Ironically, the guy at the
rest stop on Interstate 77
between Cambridge, Ohio
and Parkersburg, West Virginia
said the same thing.

This got me wondering.

So, I began asking
other people along
my route the same question,
"Is God supposed to be here soon?"
Except for the young lady
instructing me
that she had a gun
and wasn't afraid
to use it,
the answer was:
God will be here soon.

I decided to wait.

But after an hour
with no sign of God,
I got a little fidgety
and started asking around.

No one in the rest area
at the Alabama Welcome Center
claimed to be God
nor did anyone
at the Cracker Barrel
in Fort Payne
but I found more women
with guns at both locations.

So, I jumped to the only logical conclusion.

I must be God.

At that realization,
I could feel
the universe welling up
inside of me.
I could feel the pull of Galaxies
on my mind
and the awesome power
of every life form
in the multiverse
pouring into my consciousness.

I could feel my fleshly body
giving way to the ecstasy
of nonexistence...
and then, I was snapped back to reality
by a purse to the back of my head.

When I came to my senses,
a woman with a gun
smiled at me and said,
"Silly poet,
you cannot be God."

Then she asked
to borrow $1.25 in quarters
in order to purchase
a tampon from the
rest area bathroom
before she flew into
the clouds on the backs
of a thousand
seraphim. 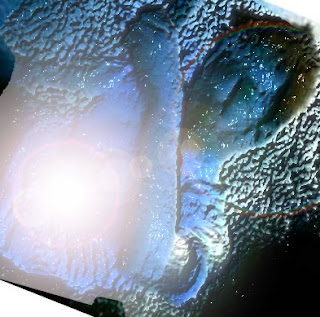 He took a weekend job
rehydrating dried tears
for a nickel a drop.

He crawled
into crow's feet
and chipped salty residue
from eyes that
almost forget
how to cry.

He became obsessed
with saline
often siphoning
client reserves
for his personal use.

He drowned
a few years later
in a pool
of stolen tears
waterlogged
and lifeless
with eyes
that had long lost
the ability
to cry.
Posted by Max Bouillet at 11/11/2009 10:30:00 AM 1 comment: 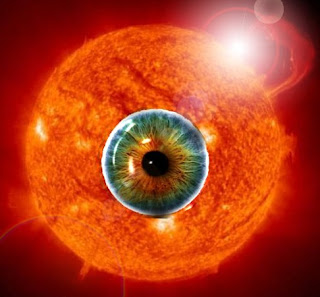 The sun is rude.

I keep challenging it
to staring contests
but I've only won
18 times this century.

I am quite embarrassed
--losing to a bloated
ugly eye.

But I am not a quitter.

I practice at night
staring at
light bulbs,
headlights,
and cats.

Cats are harder than you think.

Years from now
when I'm wide eyed and blind,
I will retire
and focus my
sightless Godly stare
on the cat.

Of course,
someone will have to tell me
if it moves.
Because staring at a cat
that isn't there
is plain crazy.